Generate high-frequency AC magnetic field is difficult. As the frequency is increase, so is the electromagnet coil impedance. To generate high magnetic field, high current is needed. Because of high impedance, high voltage and high current driver is needed. Such drivers or amplifier are not readily available. For example, to drive 8A into a 500uH high-frequency Helmholtz coil at 250kHz, the amplifier driver must be rated for 6280V and 50kW!

Using classic series resonant to generate magnetic field can partially solve the above problem by lowering the impedance and therefore lower the amplifier driver voltage requirement. However the maximum current is limited by the AC magnetic field generator amplifier driver output current capability. The new resonant circuit discussed below will further increase the coil current by 2X.

The series resistance R is optional. It is for better impedance matching.  See Maximizing Amplifier Output Current application note for details how to choose the optimal resistance. In general the series resistor can be omitted.

Figure 1 shows the new resonant circuit. It is consisted of two equal value capacitors, labeled C, and a magnetic coil. At resonant the magnetic coil current is twice as much as the input source current from any amplifier. Section 2 below discussed the mathematical theory behind the current amplification.

Figure 4 is showing the new current-amplified resonant tank. This new resonant circuit offers low reactance at resonance and it amplifies the input source current for the high-frequency electromagnet such as Helmholtz coils. In effect the new resonant circuit is a powerful AC magnetic field generator. As demonstrated in the next section, the current magnification is two times the amplifier/driver output current. Furthermore the new current-amplified resonant tank is an impedance transformer. At resonance it transforms the magnetic coil parasitic resistance, R, by a factor of four. 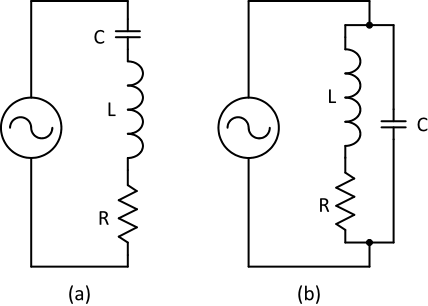 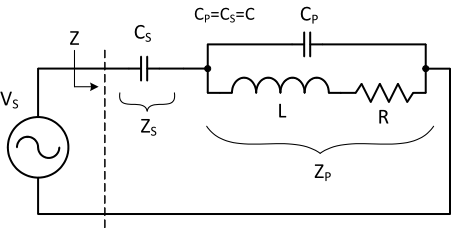 To calculate the resonant frequency, first we need to define the resonant conditions. The requirements for resonant is such that at a given frequency the imaginary (reactive) portion of the input impedance, Z, is equal zero. The impedance is purely resistive at resonance.

In Figure 4 the electromagnetic coil resistance is usually small value and parasitic to the coil. The small resistance has no measurable effect on the tank resonant frequency. To simplify the resonant frequency calculation, the small resistance is excluded. In general magnetic coil with small resistance is better for high strength magnetic field generation. The two capacitors forming the resonant circuit are the same value (CS = CP = C). Looking at ZP only, it is a classic parallel resonant. Using equation A3 from the Appendix section below, the imaginary portion of ZP is given in Equation-3. In addition, ZS is just a capacitor. For a simple capacitor, the imaginary part of ZS is just its reactance giving in Equation-4.

Next is solving for frequency ω. The result is showing on Equation-6 which is the current-amplified resonant frequency ωo.

As mentioned above, the new current-amplified resonant is differed from the classic resonant is that it amplifies the electromagnetic coil current 2 times at resonance. That is to say, the resonant circuit doubles the source amplifier driver current. Hence it doubles the alternating magnetic field generated. This doubling of current is particularly important for driving AC Helmholtz coil. To understand how the solenoid magnetic coil current is amplified, Kirchhoff’s voltage law (KVL) is used as shown in Figure 5. Kirchhoff’s voltage law (KVL) is applied in the parallel resonant loop (CP, L, and R). To simplify the calculation, the small coil resistance R is ignored again. Also CP and CS are equal value for this new resonant. 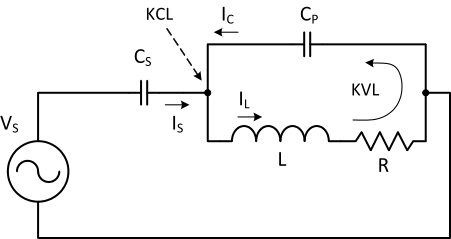 Figure 5. KVL and KCL are used to calculate the electromagnet coil (inductor) current.

Remember from Equation-6, the resonance frequency is ω=1/√(2LC). Now substitute Equation-6 into Equation-9 and simplify.

From Equation-10 and Figure 5 the magnetic coil current is two times the capacitor CP or CS current. From the illustration in Figure 5, the two capacitor currents are flow into the coil at the same time. Thus the new resonant tank is achieving current magnification.

To further rearrange Equation-10 in term of source current, Kirchhoff’s current law (KCL) is used. Recall the sum of all current into a node is zero as stated by KCL. Equation-11 is the KCL at the node where all three currents (IS, IC, IL) are met. From Equation-10 IC is one-half of IL and substitute IC from Equation-10 into equation-11 results:

In conclusion from Equation-12, the magnetic coil current (IL) is amplified and is twice the signal source amplifier driver current IS. At resonant the magnetic coil current is two times the maximum available current from any given signal source! Therefore the magnetic field density is also twice as much! This is a very important feature of the new resonant circuit for scientific experiments that require high-strength and high-frequency magnetic field generation. To visually understand the current-doubling effect, the current flow is shown Figure 6. The inductor current is the sum of the two capacitor currents.

To understand the impedance of the resonant tank circuit, consider the reactive (imaginary part) impedance Z is zero as previously mentioned in Eqation-1 and Figure 4. Therefore the new current-amplified resonant impedance is real (resistive) at resonance. Because ZS is just a capacitor and reactive only, the real part (resistive) of Z is coming from ZP. From the Appendix Equation-A2, the real part of Z is expressed in Equation-13. Recall ω=1/√(2LC) at resonant, and substitute it into Equation-13 then simplify yields Equation-14.

Because the L/(2C) term is much bigger than the R2 term, The R2 term is ignored. Equation-14 is simplified to Equation-15.

The Q of the Tank

The main topic of this study is the novel resonant circuit’s ability to magnify the input current by a factor of 2 for free. The boosted current is ideal for generating high magnetic field density. From the above equations, the quality factor Q does not impact the current amplification. To complete the new resonant study, the quality factor Q is presented here.

In conclusion the new current-amplified resonant circuit quality factor, Q, is same as the classic parallel resonant circuit. The only difference is the resonant frequency is lower.

The current-amplified resonant circuit in Figure 4 can be easily simulated using a SPICE tool. It is a quick way to verify the new resonant circuit mathematical equations discussed in the previous section. In this simulation a 10µH and two 1.26nF capacitors were used to form the resonant. Using Equation-7 the calculated resonance frequency is 1.0026MHz. Upon simulation, the measured resonant is 1.025MHz and it is shown in Figure 9. Figure 8 shows the plot of magnetic coil current vs time. The source current is measured 5A peak and the coil current is measured 10A peak. The current-amplifying effect of the new resonant circuit is confirmed by simulation. 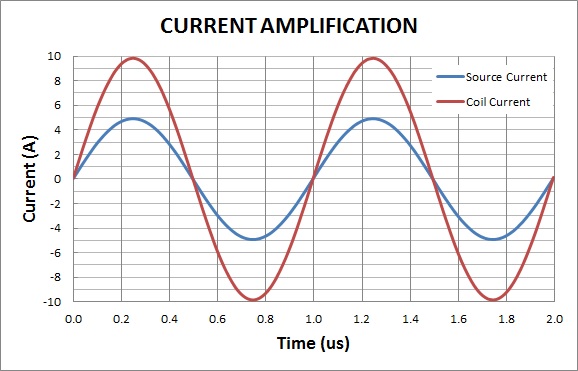 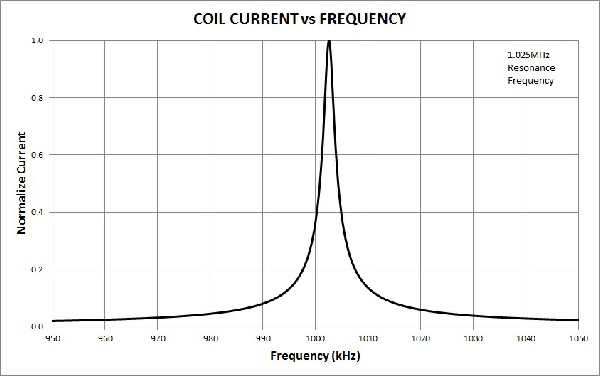 Figure 9. The new resonant frequency is found by the magnetic coil current vs frequency. 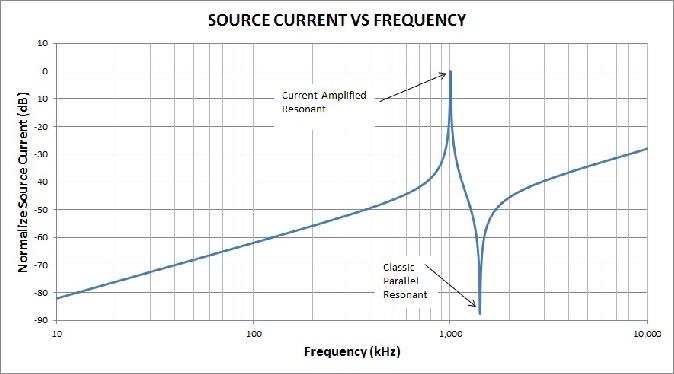 An experiment was designed to use a real coil (inductor) to confirm the current -amplifying effect discussed above. The experiment uses the TS250 high-current Waveform Amplifier. In this experiment, the high-frequency magnetic coil used was a 100uH high-current inductor and the two capacitors are 10nF each. Because of high current and high frequency, the two capacitors must be rated for high voltage. They are rated 1kV in this experiment. Figure 11 shows the experiment setup. To validate the experiment, source current and coil current must be measured. Two 1Ω resistors, R1 and R2, was used to monitor the currents. Because the voltage drops across R1 and R2 are proportional to the current, current is measured by measuring the voltages. For example, 1V across the resistor is equal to 1A. 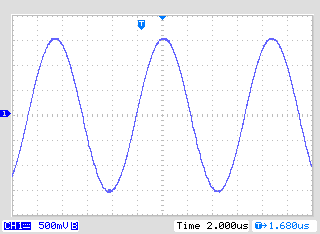 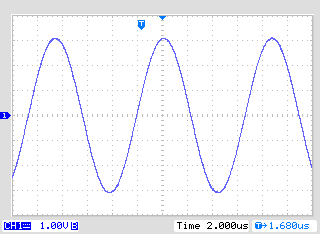 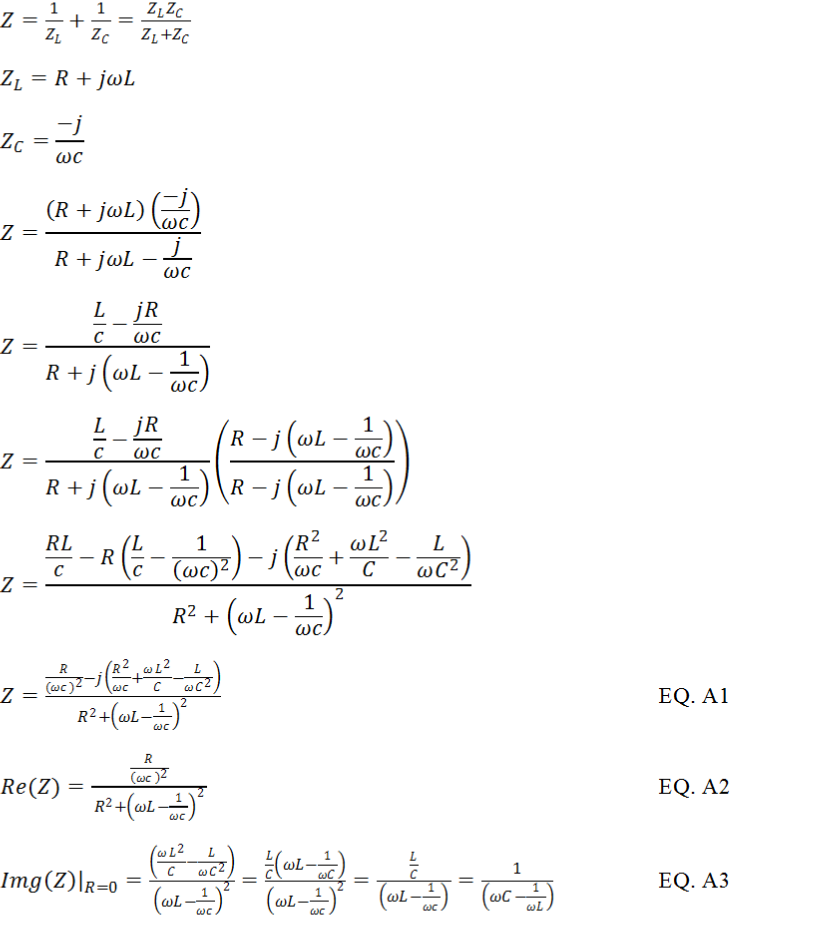 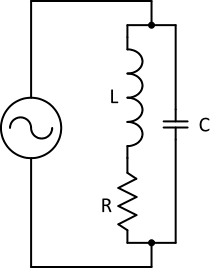 We offer custom-made coils to meet our client’s specifications. We design and optimize coils and solenoids to produce the maximum magnetic field and operating at the highest possible frequencies. These coils include solenoids and Helmholtz coils for many scientific and research experiments. High frequency magnetic coils are more difficult to design, because of increase in AC resistance and inductance. We consider the coil size, magnetic field, needed driving current, and required frequency. We have a number of coil drivers available such as the TS250 and TS200. Custom-made high current driver is also available. Furthermore we offer complete custom-made solution that include the coil, matching resonant capacitor, and driver.

Request a Quote for Custom-Made Coil 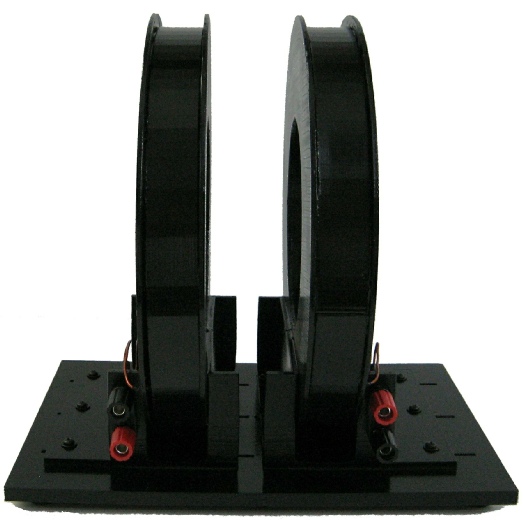 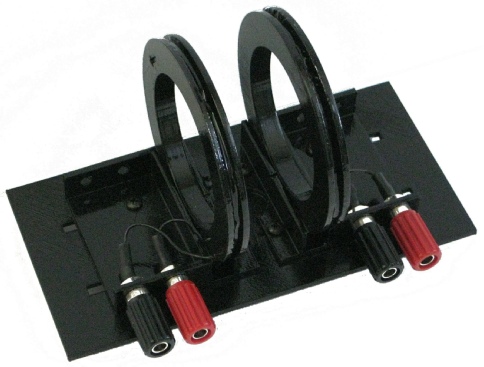 Up to 1MHz frequency range. 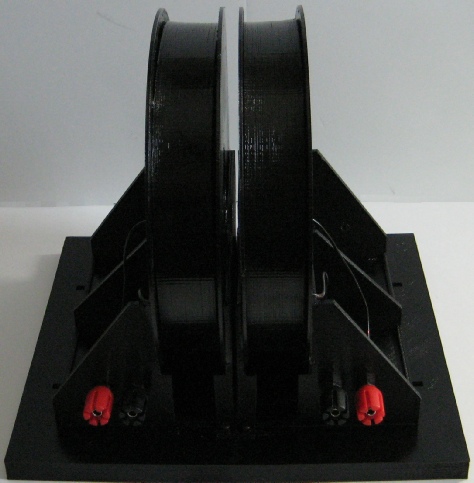 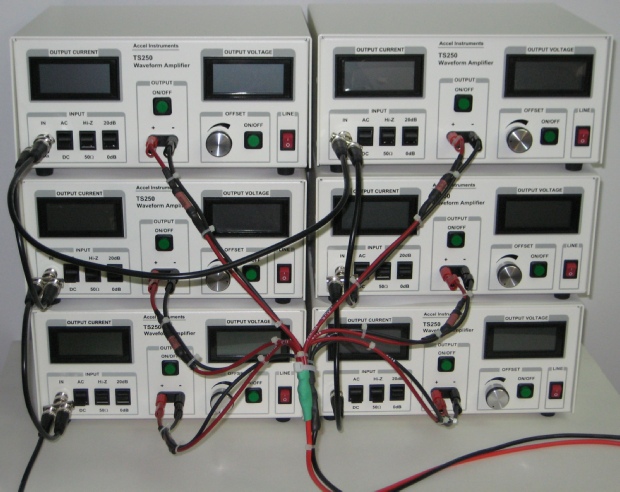